I don’t have kids, but I spent Saturday with other peoples. That’s right five of them.  Just me and a rib driver. And they were all going to be in boats. On the lake.
As I was teaching  RYA stage three this means that at least they could all sail – and I even knew some of them (advantage – I know their names / disadvantage they all know me too and are wondering what exactly I am doing teaching them to sail).  My issues started before I even left the clubhouse as on getting changed I realised I had brought my husband’s dry suit – so was going to have to wear my wetsuit.  It felt a little like gym class at school where if you forgot your kit you had to do PE in your vest and pants. Especially as some of my students helpfully pointed out the couple of holes in my funky attire as we walked down the foreshore – nothing like a confidence boost to start the day.

So this was where I encountered my first problem.  To start the day I had thought we would have a little chat (and I mean little – tiny in fact – I was planning it would go ‘what is your name and what have you sailed before’).  This took almost twenty minutes.  This was because five kids all with a limited attention span, distracted by other groups around us messing on with other boats, a bit of wind and a lack of interest in the chatting.  But this is good!  Less chat more sailing I thought – so off we went onto the water – first group out despite the torturous amount of time it seemed to take to rig the boats (Toppers). I thought I had briefed where we were going to be sailing very carefully.  As five kids set off in five different directions….

I reiterate – I don’t have kids, so I can’t tell you how surprised I was when this happened.  And Kielder is a big place for what suddenly seemed like very small children on their own in little boats.  I have to admit to a moment of blind panic.  Literally.  I just stood in the rib wondering what the hell I was meant to do.

At least I finally came up with an answer.  Count the sails. Four and a half.  Ok – so despite having spent longer than I thought possible on rigging boats, one of the sails has actually fallen down.  Fortunately with a sailor who quickly got that probably the best idea was just sitting there while we went and got her.  All the while frantically trying to keep an eye on the other four kids and checking they are ok.  The number of things I am now worrying about for these childers is getting terrifyingly long.

I don’t know how I am going to explain any of this to the parents.

Having unceremoniously dumped the topper and sailor back on the jetty we dashed back out – just in time to catch up with one of the boats as it capsized.  Good news though… I saw it, we are on our way and there appears to be no monster about (sorry I get that it is highly unlikely that a prehistoric Nessie-like monster that eats people is living in a manmade reservoir in Northumberland.  I also have a blind irrational moment every time I hit the water that says otherwise however.  Admit it – I bet I’m not the only one….). 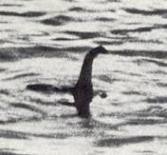 So this is where my training kicks in – and something I have lots of experience in.  Unfortunately the small person I have been trusted with not drowning (henceforth known as SPIHBTWND) involved doesn’t.  Nor much inclination to get in the water and right the boat.  Fortunately due to the mast head floats (phew – did something right!) the boat has not inverted.  So having yelled gently encouraged the SPIHBTWND into the water and round the back of the boat it quickly becomes obvious that there is no way this boat is coming back up with the VERY VERY SPIHBTWND on the centreboard.  After two attempts at picking up the mast to right the boat from the rib have failed, said SPIHBTWND now at risk of hyperthermia rather than drowning I am getting a little worried.  So I jumped in.

Well to be fair, I got the boat righted, child back in it and myself back onto the rib.   This now means every single time I have been sailing this year I have ended up in the water – even when I haven’t been sailing myself.  It’s not getting any warmer.  Fortunately the monster hadn’t seen me.

Well after this high drama and a bit more sailing about it was time for lunch.  I got ashore and all I could think was “I still have a whole afternoon”!  I don’t know what to do.  Like at all.  Mind completely blank.  And so far it’s been a shambles of random sailing around without them learning anything.  And they are all at different levels – some are out of their depth, others are bored – I would be bored – WHAT DO I DO!

Over a luxury lunch of a tin of Pea and Ham soup I came up with the answer.  Competition and chocolate.

We had THE BEST afternoon.  We discussed the sailing area and why it’s important in about 3 seconds – and then we scrapped all the boring theory (they are as bored with it as I am – its turning out me + kids with limited attention span = perfect match!) and shot back out to do a tacking competition.

It was glorious!  All of a sudden there was some real focus and motivation.  There was earnest concentration.  There was sailing where they were meant to sail.  There was no woosing out.  Those who weren’t so great improved immeasurably, those who were more experience were entertained and working harder to be successful than in the morning.  I actually did some half decent coaching!  And they had big sailing smiles.

They enjoyed it so much that when the wind came up we even got though some boring theory (sorry – really useful, relevant and improving your sailing theory) at the end of the day when other groups had given up.  And of course a ‘Britain’s got Talent’ style award of a chocolate bar for the winner of the competition.  It was great.  I loved it.  They loved it.  When asked how they had found the day one of the girls said “It was really good.  It wasn’t like a course though”.  At this point a note of fear and dread struck me as I dared to ask why.  “It was more fun” she said.

You know what – I’ll take it.  So it might have been a bit disorganised and they might have spent more time sailing about enjoying themselves than doing some of the things that we should have been covered, but surely the point is to improve their skills and keep them engaged?  Well I managed that for at least some of the day.  I have two Saturdays left – and I am planning FUN.  And I reckon if they are enjoying themselves then maybe they might just learn something along the way.

I was flushed with success.  Until somebody asked me – “Did you check they didn’t have a nut allergy and were allowed chocolate?”